All Eyes on the Fed 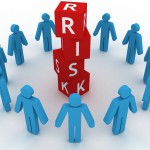 In a blog post written in June 2013, More Soup Anyone?, we discussed the reasons for the market volatility at the time based on the expectation by the market that the US Federal Reserve (US Fed) would pull back it’s stimulus (money-printing) program based on the underlying strength of the recovering US economy.

Right now we’re at what many believe is the cusp of that decision by the US Fed as they meet Wednesday night our time to determine whether to start the first reduction in the pace of monthly money-printing and bond purchases (QE3) it introduced in September 2012.

In past blog posts also discussed our concern with the effect that this tapering of QE3 could have on capital values of bonds and we have taken significant steps to ensure that we minimise and eliminate any losses that could occur in our bond portfolio by holding shorter term (duration) bonds. This is also the primary reason why there is a significant amount of cash within the portfolios.

So the short-term strategy to protect the portfolios upon a tapering of the US Fed’s stimulus (money-printing) program is in place, but if we take a step back and have a look at the broader global economy what effect could the current forces have on the global economy and global markets?

Currently there are both some significant positives and negative forces that could affect markets. The positive forces include a growing US economy, first signs of growth in the Eurozone (principally Germany and France), an apparent soft-landing for the Chinese economy at 7.5% growth, and solid growth and low debt to GDP data in Emerging Markets like Mexico, South America, and Korea. On the other hand, the negative ledger we have a cessation of US stimulus as discussed above, German elections this year, continued weakness in Italy, Spain, and Greece, and the continued geo-political situation in the Middle East.

The BIG question is whether the tapering of the US Fed’s stimulus (the most significant negative force) will take the wind out of the sails of the growing global economy and global markets.

The US Fed’s stimulus or money-printing program puts money (or liquidity) into the system. This is the same as the Bank of Japan’s stimulus program or low interest rates in Europe, the UK, Australia, and many other countries. It is this liquidity that is used to fund growth and investment – exactly what’s needed to kick start the global economy.

Many commentators believe that there won’t be a liquidity issue upon the US slowing their stimulus program as monetary and fiscal policy around the world is very accommodating (i.e. stimulus in Japan and low interest rates everywhere else). In addition, many counties have built huge foreign currency reserves during this period of stimulus as reported by Franklin Templeton Investments. It is expected that over the short-term the decision to slow QE3 will lead to greater volatility, but over the medium-term this reduction in the money supply won’t affect the momentum of global growth.

Our Investment Committee is also of this view; however, we are taking steps to reduce risk in our portfolios to cushion our investors upon short-term volatility. The first of these steps is by holding cash and shorter term (duration) bonds within the defensive asset classes. Step 2 includes selecting defensive Australian shares within the Australian share portfolio that are not directly linked to global growth and commodity price fluctuations – names like Westfarmers (Coles and Bunnings), ANZ, Westpac, Lend Lease, etc… And thirdly, our global share position is focused on large multi-national grand names and includes some emerging market and alternative asset exposure.

Our approach to portfolio construction has meant that our level of risk (measured by standard deviation) in the VIP growth, VIP Balanced, and VIP Conservative portfolios is 28 -30% less that our benchmark targets. In addition, the reward (or performance) for every unit of risk that we take is greater for our diversified portfolios compared to our benchmarks. In short, our portfolios are giving investors a smoother ride in these dynamic and volatile times.