Markets Finally Focused on Fundamentals and Not the Fed 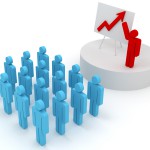 Economic news in July was again dominated by speculation of when the US Federal Reserve will cut or taper stimulus, however, the markets took this speculation in their stride in July as Australian share market rose 5.4% and the index measuring global share market growth (ex Australia) also rose by 7.4% in Australian dollar terms.

These movements are possible hinting that the markets are focusing on the fundamentals and are starting to see that a tapering of stimulus in the US means the US economy is improving.

AMP Capital have reported US economic data to support this recovery view including a rebound on manufacturing activity in the US, a reduction in Unemployment claims, and increases in US house prices that help boost household wealth and consumer confidence. At the same time household and corporate debt levels have also fallen adding to this confidence.

This recovery is not only occurring in US households as corporate profits have also increased not only in the US, but also in Europe and Japan.  AMP Capital have reported that 74% of US corporates have exceeded analysts’ profit expectations. Europe and Japan have recorded similar results with 72% and 56% of corporates in these respective countries also exceeding analysts’ profit expectations. Looking at these numbers the cynic may say that profit has been increased by measures such as cost reduction that are not related to increasing activity or output, however, in each of these economies over 50% of companies have exceeded analysts’ sales revenue estimates illustrating that a major reason for these profit increases have been new sales – a positive signal for consumer and business confidence within these economies.

Looking more closely at Europe we can see an increase in the manufacturing activity for the first time in 2 years. Similarly there was an increase in services business activity in July all pointing towards a positive European economic growth result in the current quarter.

In a recent blog post we discussed the stimulus measures in Japan and finished by posing 2 scenarios for Japan whether the stimulus measures work or fail. A recent report by AMP Capital has shown that these measures are starting to work with profit growth among Japanese businesses reaching 8% compared to 7% in Europe and 3% in the US. Could ‘Abenomics’ (coined after Japanese PM Shinzo Abe) be working in Japan?

All this data points to a continued recovery and growth picture for 2013 and heading into 2014. This period of growth won’t be without its speed-bumps, such as when the US Fed announces a stimulus tapering plan, however, can be sustained with a continued improvement in economic, corporate, and confidence fundamentals.