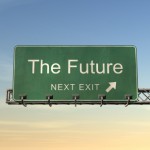 Yesterday’s gaffs by our politicians on the campaign trail and the announced US growth figures (last night out time) have made me realize how quickly things can change. It’s almost like the 1998 Gwyneth Paltrow movie ‘Sliding Doors’ where the film follows Helen Quilley (Gwyneth Paltrow), who has just been fired from her PR job. After she misses her train on the London Underground, the plot splits into two parallel universes, also detailing the separate path her life would have taken had she boarded that train.

Without going into the remainder of the movie (so I don’t ruin it for those who have not seen it and like British-American romantic comedy-dramas) it draws parallels with how prosperous and strong the Australian economy was compared to its current position, and how weak the US economy was during the GFC compared to where is stands today in a strong and fast-paced recovery.

Australian economic growth was driven by the mining boom off the back of huge demand from China with the International Monetary Fund in April 2012 predicting that Australia would be the best-performing major advanced economy in the world over the next two years, and Treasury forecasting growth of 3.0% in 2012 and 3.5 per cent in 2013.

So the Australian economy has been struggling while our Government is running around saying that there are multi-billion dollar black holes in the opposition’s policies as projected by Treasury while Treasury is saying they have not undertaken any such projection or assessment. And just to balance the argument (as I don’t want this to look political in any way) the other side is telling us how bad the state of our finances are while they are unveiling a new spending pledge almost every day of the campaign.

The US on the other hand has gone from double digit unemployment rates, negative growth, near nationalization of the banking sector, and free-falling house prices to now being on a growth path that is beating economist’s forecasts, falling unemployment, rebuilding of its manufacturing sector, rising house prices, and increased consumer and business confidence.

Clearly not everything is all rosy in the US and depressed in Australia, but there is always a time during an election campaign when an individual ignores the three-word slogans, takes a step back, and thinks about what they think is wrong with the system and what can be good for the country; and during this campaign it seems that what is lacking is vision and a longer term view.

Instead of focusing on structural change in our economy to help sectors outside of the mining sector recover and pick up the slack left off an apparent cessation, or pause (depending on who you believe), of the ‘mining boom’, we are focused on budget black holes, costing’s, and ‘stopping the boats’… all important issues, however, in my view prioritized incorrectly.

What if we lived in a country where we realized which industries give us a competitive advantage on a global scale, much like the way China uses its vast population to lower the costs of production and provide corporations around the world with lower cost manufacturing, instead of handing more and more money to sectors where we just can’t compete. Why not find different niche sectors within these industries where we can excel and target funding to these areas?

Why not identify bottlenecks that exist in taking product to market, whether these are from a lack of infrastructure or from a build up of red tape, and address these so that we can compete on the global scale? Why not address the taxation system so businesses that want to hire staff and grow don’t get penalized by destructive taxes such as payroll tax which taxes companies that effective want to grow their workforce and contribute to nations economic prosperity?

These questions could go on and on, but instead of getting frustrated with the lack of vision of our politicians we should keep asking these types of questions and demanding more for our nation. Public opinion is a powerful tool – just look at uprisings in the Middle East over the last few years. It is only this thinking that will return our economy, our businesses, and our personal finances to the level of growth and prosperity we once had not all that long ago. It’s either that or we choose the parallel reality that miserably sends Gwyneth Paltrow back to her cheating and lying partner only to realize how much she has thrown away just accepting what was happening to her and not demanding a better life.