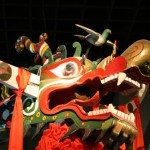 The Chinese economy has grown to the worlds second largest, behind the US, by leveraging its 1.35 billion people who have on mass moved from rural to urban areas and transformed China to the low-cost manufacturing hub of the world.

As the market share of global manufacturing has shifted to China the Chinese government has provided businesses with huge amounts of credit (borrowings) to boost labour numbers and utilise this labour for large infrastructure projects like bridges, buildings, and even entire cities.

But the only thing as certain as death and taxes seems to be change as the average Chinese factory worker has started to demand higher wages negating some of the low-labour cost advantages that China possesses over the rest of the world.

Similarly the infrastructure investment in Chinese cities has boosted property markets and developed a strong middle-class. Due to the exposure of this middle-class to western culture, via US and European companies entering the Chinese market (such as Dolce & Gabbana, Calvin Klein, and KFC) and the internet, their appetite for consumption has skyrocketed… TV’s, iphones, tablet’s, cars,… you name it!

Change has not been limited to China though as the rest of the world has changed also. Since the Global Financial Crisis households in developed economies have been focusing on debt reduction and savings as opposed to more borrowings and spending. This is evidenced by the fall in Chinese exports – a major benefactor of our past spending habits. In 2003-2007 the World Bank reports that 36% of Chinese economic growth was derived from exports – the rest of us buying products manufactured in China. In 2008-2012 this has fallen to 31% (World Bank) and is expected to fall further.

Similarly, large multi-nations (e.g. BHP Billiton) are shelving plans for further investment and business expansion as Chinese demand for raw materials to feed this growth in buildings, roads, bridges, etc, is decreasing. If we use the prices of Coal and Iron-ore as indicators of Chinese demand for raw materials we can see how much this demand has fallen via the 32% and 34% falls in the prices of coal and iron-ore per tonne since mid-2011. This clearly has affected the value of Australian mining companies like BHP Billiton and Rio Tinto.

So we can see that the Chinese manufacturing industry is changing with higher labour costs and lower demand for goods (exports) by the rest of the world while the reduction in demand for raw materials by China is affecting global growth… perfect feedback.

The Chinese government has realised that the ongoing borrowing, investment, and stimulus measures are not sustainable and will harm the Chinese economy over the long-term and have developed economic reforms to change (there’s that word again) this reliance on debt, spending, and exports. These reforms will in the short-term impact on global growth with the International Monetary Fund (IMF) forecasting 3.8% global growth in 2014. China is the major contributor to this with an expected growth rate of 7.5% in this period.

In essence these reforms aim to shift the drivers of the Chinese economy from the export market (the rest of the world) and Government stimulus programs to internal consumption. In order to do this Bloomberg reports that the Chinese government will most likely loosen regulations around household residency, land ownership, business red-tape, and the banks setting of interest rates for Chinese borrowers.

And here comes the Change theme yet again, as the Chinese government needs to accept a slower rate of economic growth for these reforms tro be successful. Up until recently the Chinese authorities baseline figure of growth that it would tolerate was 7.5%, now they need by be thinking 6.5 – 7% as a minimum in this current environment.

This may seem like asking a Formula 1 driver to stick to 40 km/h around Albert park racetrack, but it is critical in order to allow these reforms to work. If the Chinese government is stuck on this 7.5% minimum level of growth then it has no choice but to increase borrowings and stimulus – the exact opposite of what they are trying to achieve.

How Will this Affect Australia?

In the short-term China’s tightening of spending and investment will affect (as it currently is) the Australian economy via lower demand for raw materials and lower commodity prices. One of the important measures driving Australian economic growth and government revenue is the terms of trade – or the ratio of exports to imports. A rising terms of trade means we export more than we import and that income is rising.

A China this is buying less raw materials will result in a fall in our terms of trade and subsequently the income that derived by our government.

In order to supplement this fall in income the Australian economy needs to undergo its own structural reform to reduce the reliance of the economy on the mining sectors and commodity prices. This means that other industries such as manufacturing, agriculture, retail, and services need to pick up the slack. Frustratingly these are the same industries that are being affected by Australian government reforms (see the Fringe Benefits Tax’s reforms as a recent example of how to kick more life out of a weak car manufacturing industry).

Back to the Beginning….

And this takes us bank to the title of this blog that Change is as Certain as Death & Taxes, where this current environment of structural change, which are being forced upon China and Australia (just like those forced upon European countries) will be positive drivers of prosperity over the long- term… of course depending on your definition of prosperity… which is probably likely to change.